GEORGE NEWS – A plan to kick start the economy of the region on a sustainable basis, using smart city technology has been taking shape over the past few months.

Citizen connectivity, environmentally friendly transport, sustainable natural resource management and a knowledge economy is all part of the master plan.

The brains behind the concept – George Business Chamber President, Imel Rautenbach and technology strategists Rudie Shepherd & Nathan Jeffrey  – will in mid-January be tabling their roadmap plan for Outeniqua Smart City Corridor (OSCC) at a joint session with the four mayors of the Garden Route, and the Western Cape Finance and Tourism Minister Alan Winde.

Central to the concept is the idea that when the towns in the Outeniqua Corridor from Mossel Bay to Plettenberg Bay join forces to tackle common regional issues, the opportunity arises to gain the benefits of Smart City designs and technology – otherwise reserved for the mega cities of the world. “We should not wait until we develop the problems of urban sprawl, pollution, traffic congestion and technological apartheid. Now is the time to design the future place we will all love to live in,” said Shepherd.

“We already have had significant buy-in for our plan, and believe this collective thinking power can be put to use, for it is our intention that this master plan for making us internationally competitive must be refined and be implemented – as soon as possible,” said Rautenbach.

Chances are that it could become a futuristic, yet practical model that other towns in SA and the rest of Africa will look to as an example. Furthermore the blue print can be exported and rolled out elsewhere. “As a region we have more potential than each town on their own. We are inspired by the Hessequa water management and recycling successes just to name one example. It shows that African towns can come up with solutions for African problems.”

Wireless canopy
One of the pillars that the Smart City Corridor will be built upon is the Wireless Canopy concept which will ensure that all communities have access to the Internet and become empowered through the knowledge it brings. “Access to broadband is like having access to a river.

The resource is there, but it is worthless unless they have a way to drink from it. We need to give people both the water and the tap. Access to the Internet should be a basic human right,” said Shepherd. To this end the blue print proposes a far reaching wireless network that goes hand in hand with affordable smart devices.

“The $35 tablet from India will change the world. There is a free education waiting for anyone with just basic access to technology. How can we deny our nation access to such a life-changing resource?”

Rautenbach commented. He is currently making progress with linking a rural farm school near De Rust in the Klein Karoo, to a supporting private school in George as a prototype. This enables rural children to receive maths and science tuition through a digital link-up from a teacher hundreds of kilometres away.

“If the model works here, it – and other local innovations like it – can easily be replicated elsewhere.” This is the key to Smart City Corridor philosophy – let’s collaborate to apply our solutions and resources in a smart way for the good of the region.”

Retain quality of life
The two idealists want to see the towns in the region become prototypes for the rest of Africa to follow. “We don’t want to develop from towns to sprawling cities in the traditional sense. It is still early enough in our development not to make the mistakes of metropolis-thinking.” Outeniqua Smart City Corridor can grow pockets of excellence, and a sense of community will be encouraged with small self sufficient neighbourhoods sprouting up rather than densely populated central districts.

“Industrialisation and centralisation took away our freedom to live in open space by forcing people to live close to where they make a living. Technology and a knowledge-economy can give quality of life back to our children. I really admire Kent Larson’s thinking on Compact Urban Cells” said Shepherd.

Rautenbach says “We shouldn’t need to choose between the Garden Route lifestyle or financial prosperity associated with living in a big city. We must be competitive and business must find products and services that will make us internationally relevant.

“The development of exportable Smart City prototypes can be done anywhere you have talented people and common local challenges. I have seen both right here and I have no doubt we can make something of it. As a region we can work together and increase our chances to produce something others will be willing to pay to also have.”
Sustainability

“Green” is the latest buzzword and everyone seems to be climbing on the bandwagon. Solar, wind and hydro power, electric cars, LED lights and Carbon Credits are all the rage. These are all things that promises to save the planet (or mostly money) if we buy them – but can we buy our way to a better tomorrow? The answer is not likely. We have to adopt sustainability as a core principle in our daily lives to make a difference.

At present a large percentages of our fresh produce is imported from Gauteng, which is bad for the environment and the local economy. Do we not have a local solution? Perhaps we can tackle food sustainability by communities being trained to take part in food security gardens and enabled to sell their produce via a digital market, connected by the Digital Canopy. That is a smart thing to do.

“If we had a micro-rail system to shuttle people between Mossel Bay and Knysna, perhaps we wouldn’t have as many cars and buses on the N2 and we can stimulate a brand-new type of tourism in the process.

“If we had neighbourhood campuses, our children could have a world-class education right here in the most beautiful place in the world and contribute to building a knowledge economy.

“Is all this just dreams and talk? An agency in the form of a Special Purpose Vehicle (SPV), will be established for driving this concept. It is a public/private partnership with local municipalities, the community and the regional government. Getting people to be part of the project is therefore crucial.

“We have enough skilled people to carry out the Outeniqua Smart City Corridor concepts, but we can’t leave it to government or municipal officials to carry it out – they already have their hands full. We will have to work together with a common vision and get wider support to make it work. Once we have a smart solution to a common problem, we can document, package and export the blueprint as it becomes our intellectual property, and the rest of the world will have to pay for that know-how,” said the two men, who have put together a series of images which explain their citizen-friendly, livable city idea.

ABI Research predicted that while $8,1-billion was spent on smart city technologies in 2010, that number is likely to reach R39,5-billion by 2016. There are 102 smart city projects world-wide but only six in the whole of Africa. In isolation our African cities are considered to be “too small to be smart”; if we join forces however, we are small enough to be agile and big enough to be relevant. “Why ask Europe to solve Africa’s problems?” asked the gentlemen in conclusion. 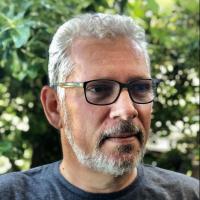